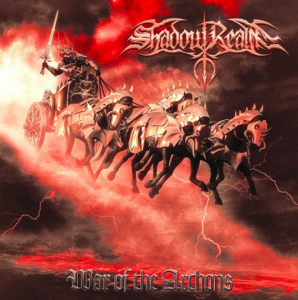 WAR OF THE ARCHONS – ALBUM OUT NOW!

Conceived in 2012, Shadow Realm is a metal band with influences from thrash, progressive, power and neo-classical influences.